Sheikh Zakzaky Condoles with the Families and Survivors of Zaria Massacre 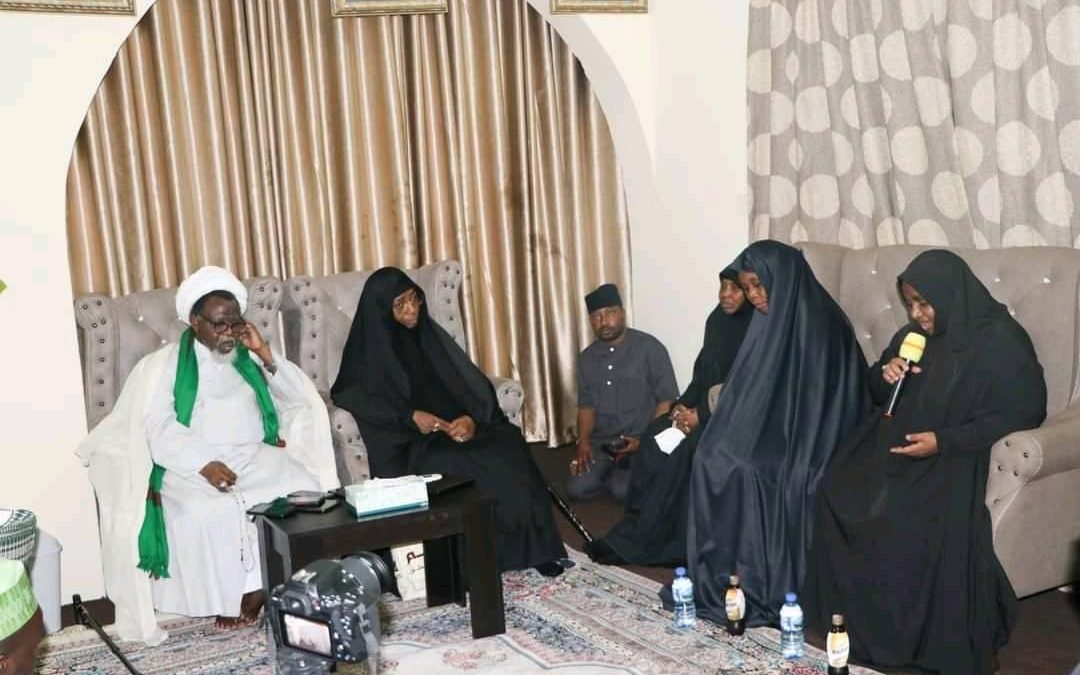 Some families of the those killed by the military in Zaria in December, 2015 met with the leader of the Islamic Movement, Sheikh Ibraheem Zakzaky on Sunday, 19/09/2021 in Abuja.

The Sheikh used the opportunity during the meeting with the invited guests to condole with them over the losses of their loved ones. He urged them to always remember the persecution and hardships meted out to Imam Hussein (AS) when the dreaded army of Yazid besieged and massacre them.

He alluded to his visitors that no sacrifice is too high when it comes to the path of Allah.
Sheikh Zakzaky also apologized for having to invite some of them, instead of him to go to their houses and condole with them. “Due to the injuries we sustained during the military attack on us, we still carry bullet fragments in our bodies, and there is no way we can meet up with all the victims and the survivors of the brutal military onslaught against us in December 2015,” he added.

Responding to the speech made by the Dr. Isa Waziri Gwantu, who lost four of his children during the Zaria massacre, expressed their gratitude to the Sheikh for inviting them to meet him in such a difficult circumstance and reiterated their resolve to never abandon the right path being championed by the sheikh.

Hajiya Jummai Karofi, who also lost five of her children to the military attack on the Islamic movement in Zaria, added her voice, saying that she would like the killers of members of their families to know that what they did to them would never scare them away from Sheikh Zakzaky and the Islamic Movement in Nigeria. In fact they are ready to pay the ultimate sacrifice themselves in defense of Islam.
Sheikh Zakzaky finally prayed to Almighty Allah to give the families of the martyrs the fortitude to bear the irreparable losses they suffered at the hands of the military.
He prayed that Allah accept the martyrdom of those killed by the military.