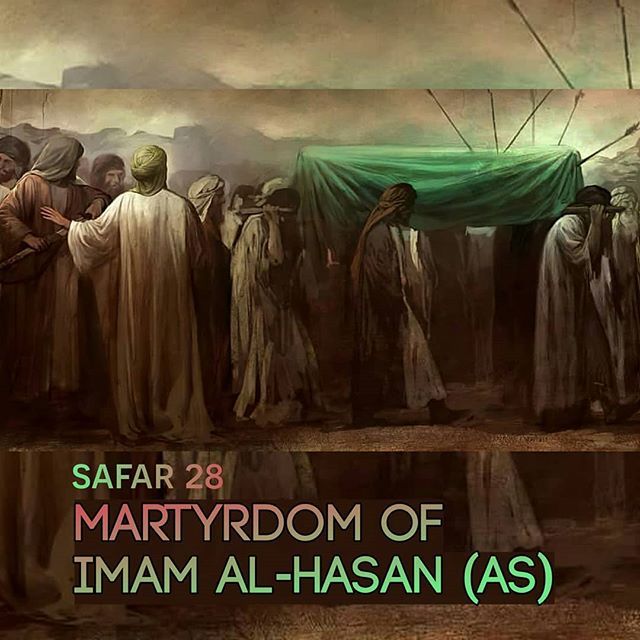 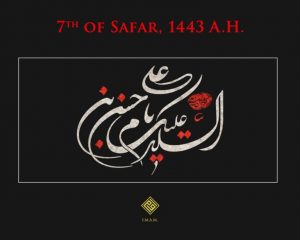 “… ‘That is Hasan, son of ‘Ali…’ they told me. My heart became filled with hatred. I envied ‘Ali for having a son like that. I headed toward him and said, ‘Are you the son of ‘Ali…?’ He responded, ‘I am his son.’ I then started to curse him and his father…”

These were the words of a traveler to the City of the Prophet – Madinah – upon seeing the saintly, handsome, and well-dressed Imam Hasan. Propaganda and blatant lies in the traveler’s country of origin had led him to view Imam ‘Ali and his family in a terribly negative light.

“When I finished, he asked me, ‘It seems you are a stranger here…?’

Then he said, ‘Come on over to our place! If you need a house, we will host you…or money, we will give it to you…or if you have another need, we will assist you…’

After hearing this, there was no one on the face of the earth more beloved to me than him. Every time I think back to what he did and what I did, I am grateful to him and feel embarrassed about how I acted.”[i]

The traveler’s encounter with Imam Hasan gives us a snapshot of this Imam’s forbearance, clemency, and charity. The life of this second, Divinely-selected Imam is fragrant with profound wisdom, valor and, foresight. In Imam Hasan’s every decision, the advancement of principle was paramount.

“Hasan and Hussain are the Masters of the Youths in Paradise.”[ii]

“All the people of paradise are youths.”[iii]

In other words, Imam Hasan is a leader among the inhabitants of paradise. Through such narrations, Prophet Muhammad was hinting at – or rather heralding – the grand qualities which Imam Hasan would manifest. Imam Hasan would be the most qualified individual for the Divinely-appointed post of Imam after his father Imam ‘Ali.

Imam Hasan lived with his father for about thirty years after the Prophet’s passing. During Imam ‘Ali’s political leadership, Imam Hasan supported the establishment of justice with sacrifice and relentless effort. Before Imam ‘Ali was martyred, he said:

And so Imam Hasan carried on as both the spiritual and political leader, in the midst of threats and conspiracies far and wide. Mu’awiyah, the leader of the misinformation, hate, and, not to mention, military campaigns against Imam ‘Ali was now focused on Imam Hasan.[iv]

Imam Hasan’s army was not in the state to fight another war. Different groups within the military were divided on their loyalties. Some fought alongside Imam Hasan simply because he opposed Mu’awiyah – they felt little devotion to Imam Hasan in any case. Others were Imam Hasan’s supporters out of blind loyalty to their tribal chiefs which had pledged allegiance to the Imam. Then there were the few who followed Imam Hasan with the awareness that he was the true successor to Prophet Muhammad.[v]

But the vast majority of Imam Hasan’s military did not have the will and determination to mend the wrongs enacted by Mu’awiyah. Indeed, at one point, one of the officers appointed by Imam Hasan led a division of 12,000 troops. Soon after, Imam Hassan received news that this officer had been bribed and turned over – along with 8,000 troops – to Mu’awiyah’s camp.[vi]

Imam Hasan was left with a military of shaken morale, subsequent betrayals within his own camp, and a ruthless enemy waiting to take advantage of the situation. Imam Hasan knew that the best way to preserve the message of Prophet Muhammad and minimize the loss of life was by agreeing to a treaty with Mu’awiyah. When Imam Hasan was questioned about his decision, he said,

“By God, I have not submitted the authority to him (Mu’awiyah). However, I have not found supporters. If I had supporters, I would have fought him day and night until God judges between us. But I knew the people of Kufah (the governing city at the time) and their predicament. The corrupt among them would not reform – they had no loyalty or responsibility in words or actions… They say that their hearts are with us, but, indeed, their swords are turned against us!”[vii]

Some key terms of the treaty were as follows:

Mu’awiyah would hold political authority, on the condition that he acts in accordance with the Book of God and the Prophetic Tradition.
Imam Hasan would resume political authority after Mu’awiyah. If anything happened to Imam Hasan, Imam Hussain would assume political authority, and Mu’awiyah had no right to appoint anyone.
Cursing Imam ‘Ali and supplication against him in prayers would have to stop. Only good would be mentioned regarding Imam ‘Ali.
Money in the treasury would be distributed among the children of those men who were martyred while fighting alongside Imam ‘Ali in different battles against Mu’awiyah and other enemies.
People were to be safe, no matter where they were in Syria, Iraq, Hejaz, or Yemen. Mu’awiyah would not persecute others – including the followers of Imam ‘Ali – based on past conflicts.

Mu’awiyah wrote down these terms himself and sealed the document. He swore to abide by it in front of all the chiefs in his region. But he did not abide by it. Mu’awiyah said in front of a crowd in Kufah:

“Indeed, every condition and thing that I yielded to Hasan, the son of ‘Ali, is beneath these two feet of mine!”[viii]

Groundwork for a Revival

Mu’awiyah proceeded with a policy of terrorism and persecution against anyone who outwardly affiliated with Imam ‘Ali’s family. Ironically, it was only after seeing the ugliness of Mu’awiyah’s rule that many citizens awakened to the righteous demands for justice which Imam Hasan had called for. Imam Hasan’s wise decisions were giving way for a mass revival, which would culminate years later.[ix]

It was not long, however, before the worry over Imam Hasan became unbearable to Mu’awiyah. Mu’awiyah was able to bribe Imam Hasan’s wife to poison him. At the age of 48, the noble Imam Hasan was buried in the Baqi’ cemetery of Madinah.[x]

As the second immaculate Imam, Imam Hasan’s character and decisions demand our deep contemplation. Let us consider these thoughts in the spirit through which Imam Hasan encouraged reflection upon the Book of God: 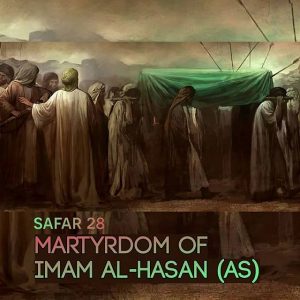